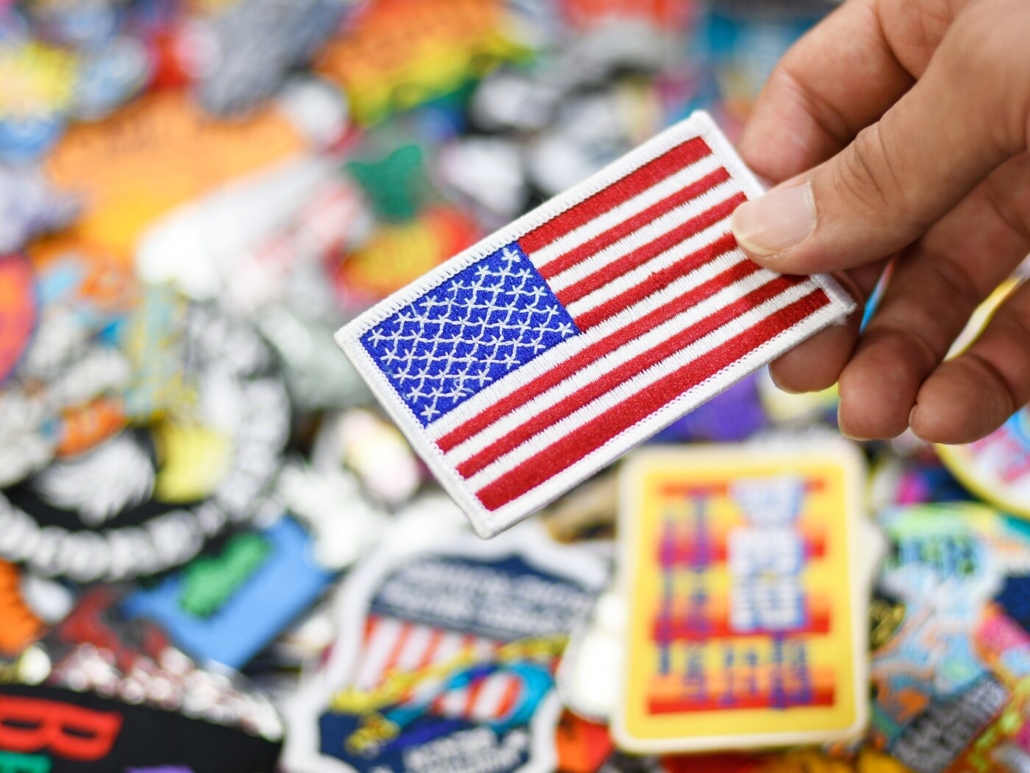 We see embroidered patches everywhere now, whether in clothing, shoes, or even bags. That’s why it’s easy to think that clothing patches have always been considered fashionable. But that’s not the case. In fact, for hundreds of years, they were only used for practical purposes like as labels for uniforms or to cover holes in clothes.

In 1969, it was said that a group of five Canadian citizens ordered some custom patches from a local embroidery shop to create a denim jacket that would be a symbol of antiwar sentiment. As the antiwar movement grew, the denim jackets known as “peace jackets” also increased in popularity. Some of the most popular peace patches were jackets with the peace symbol and “War is not healthy for children or other living things” written on them. On the back of the jacket, there was a patch that said, “Make Love, Not War.” The patch became a symbol of the antiwar movement, and they were seen everywhere in the 1970s.

During the 1980s, clothing patches started to become more than just a fashion or a political statement, but more of a way for people to express themselves. People began to have custom patches made for their jackets, backpacks, hats, and shoes.

In the 1990s, having custom patches became a way for young people to show that they were part of a particular subculture. This was when there was a rise in the number of custom patches depicting logos of punk rock bands, skateboard companies, sports teams, and youth groups.

In the 2000s, custom embroidered patches became a part of mainstream popular culture as they were seen on clothing worn by singers and popular celebrities or on band merchandise. People also started to make their custom patches depicting logos of their favorite band or making a political statement.

In the modern-day, custom patches have become more popular than ever before. It’s not just counterculture groups like punk rock bands and teenagers putting patches on their clothes, but also people from all walks of life.

Custom patches are no longer just a means for people to express their individuality or stand out. A lot of companies and businesses are using custom embroidered patches to create a professional and well-made brand design. They are also a great way to showcase your company’s logo and promote your brand.

Custom patches are also often used in school uniforms and government agencies, including the police, fire department, military branches, and others, showing the logo of the institution or organization the wearer belongs to.

Nowadays, custom clothing patches are no longer just a part of the counterculture movement. Even though they are still used by some subcultures, they are popular among different groups of people from all walks of life. From companies to athletes, from schools to the military, these patches can be found anywhere these days.

If you are in need of custom patches for your business or organization, you need not look any further, as Artex Group can meet all your needs. We have the best custom patches for you to choose from, and we can deliver your order with the highest efficiency and quality. Contact us today to know more about our patches!

The Positive Impact of Custom Patches for Businesses
Scroll to top