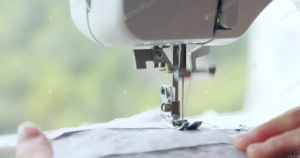 A patch is an embroidered piece of fabric that can be pinned or sewn to another piece of fabric. Modern methods include iron-on, adhesive, and Velcro. A previously rare art form became mass-produced with the invention of computers.

For thousands of years, embroidered patches have been used to identify military and other uniformed personnel. They are used to denote a rank, position, or specialized unit in modern society.

The Rise of Patches in Fashion

Young people demonstrated against the Vietnam War in the early 1960s. This spawned a new counterculture, which manifested itself in the form of peace signs, flower headbands, and patches to show faith in empathy and love. Their unintentional movement had a large impact on global trends beyond morals and reached the fashion industry. Hippies then began adorning used military uniforms with cloth patches that were radical in nature, with movement icons printed or embellished.

Patches took on a new look in the 1980s, but their meaning as symbols of identity and solidarity remained. In the late 1970s and early 1980s, punk emerged from the counterculture. People grew tired of resolving conflicts through love and peace and began to use spikes and chains to do so.

Designers then popularized the term “anti-fashion.” Punks wore patches from their favorite bands on their blazers, denim vests, and leather jackets. They attached them with safety pins or other cheap materials to convey political messages.

Heavy metal became popular during this time period as well. Black clothing, long hair, and leather jackets adorned with patches, band tees, and spiked wristbands remained the norm for metalheads. Their clothing is inspired by the biker and rocker subcultures. Meanwhile, other musical subcultures used symbols to identify their members.

Today, patches are ideal for jeans, jackets, t-shirts, sweatshirts, sneakers, handbags, and even phone cases. They have the power to transform you into a fashionable, elegant, rebellious, or daring individual!

To achieve an authentic hippie look, add an embroidered patch to your denim jacket and jeans. Maintain a cheerful demeanor by surrounding yourself with sunshine, lollipops, and rainbows.

Layer a denim vest with patches and studs over a band tee, preferably white, and a denim skirt or jeans for an 80s metalhead look. To finish the look, add a bullet belt and a dog tag necklace.

Pair patched black skinnies with a studded vest, leopard creepers, and an unnatural hair color for a modern punk look. Top it off with an elegant leather wrap bracelet to complete the look.

Less is more. Take an old tee and embellish it with a favorite motif. There will be more where there is one (in this case, aliens). With a tattoo choker and jeans, you can add some grunge to your look.

Military tees were already the baddest piece of clothing in history, but now they can be customized. Add a single patch to your sleeve. It can be adorned with jewels and pins. Simply add a one-of-a-kind necklace to complete the look!

Alternatively, add patches to a military jacket while keeping the rest of the outfit black. Put on a black shirt, skinny jeans, chunky boots, a chain cross-body bag, and cool sunglasses!

What’s not to love? An embroidered patch is a simple way to introduce an element of fun and creativity to your everyday look. At the same time, it’s a styling opportunity to separate yourself from the rest. After all, we all want to be fashionable and unique at the same time!Are you looking for custom embroidered patches? Artex Group offers you well-designed patches to use for your clothes, business, or organization. With us, the options are limitless! Get a quote from us today!